Family stream migrants are selected on the basis of their family relationship with their sponsor in Australia. There is no test for skills or language ability as required for skilled stream migrants.
View this article.

It was only after Anelia’s father passed away that they realised his prediction was coming true.  Within several years, Anelia’s entire family had migrated to Adelaide. For Anelia this was the start of a long roller coaster ride. It would take a further 10 years before Anelia and her two daughters could feel safe and secure again, this time living in the rural Limestone Coast region in South Australia. 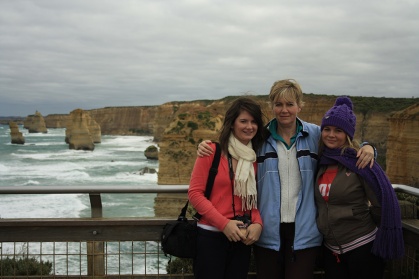 At the age of 8, Kuol was taken from his family by the rebel army who were fighting against the oppressive Sudanese government. As a child soldier, Kuol had no idea that it would be another 20 years before he would see his family again.

When the United States Government began financing the rebels, they insisted on the disarming of the child soldiers. The 27,000 child soldiers, mostly young boys, who became known as the ‘Lost Boys’, were abandoned. They travelled across the desert searching for survival against the immense odds of starvation, wild animal attacks and from the danger of drowning at river crossings.

Kuol’s journey has taken him from a refugee camp in Kenyan to South Australia where he met his now wife, Mel. In 2001, Kuol finally had the opportunity to return to his village in South Sudan to be reunited with his family.

Kuol journey for survival has been long and hard but he is now realising one of his dreams.

Timpir was formed in 2004 by Mel and Kuol Baak with a vision to work with the people of South Sudan and the global community to assist in the development of a region devastated by almost 40 years of recurrent civil war from the 1950s to 2005.

South Sudan lags significantly behind the rest of the world in standard markers of development. For example, it is estimated that only 1.9% of children complete primary school and one out of every six children will die before their first birthday (Office of the UN Resident and Humanitarian Coordinator for the Sudan 2010).

Timpir is run by a board of 10 volunteer directors who oversee the design, implementation and running of Timpir's projects in South Sudan. Working with local community members in South Sudan to identify, plan and implement projects is fundamental to Timpir's ethos, however Timpir relies on the financial and volunteer support of people around the globe to make these projects possible. The main objective of Timpir is to improve access for the people of South Sudan to basic education and health care through working with local communities.

To find out more about timpir go to: here 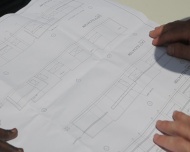 Advantages of working in a regional council

Working in local government in a regional area provides a genuine opportunity to directly shape the future of the community you live in and to see the results first hand. There is a lot of personal job satisfaction to be gained when the community benefits directly from the work you undertake. Working in a regional council provides a great opportunity for career advancement and also offers a higher level of job security plus opportunities for full time employment.