In Sri Lanka, Dilshan and Yusharni worked tireless to help families living in Shandy towns in the outskirts of Colombo. By giving their time, they believed they could enrich the lives of the people living in these impoverished communities. They hoped it would make a difference.

However, when the civil war intensified they had no other choice but to seek refuge for their young family. Initially they settled in Melbourne, but it wasn’t long before they went looking for communities in need. It might take “a village to educate a child”, but in this instance a family from a village far afield, is playing a crucial role for young people facing bleak futures in one of South Australia’s remote communities in Coober Pedy. 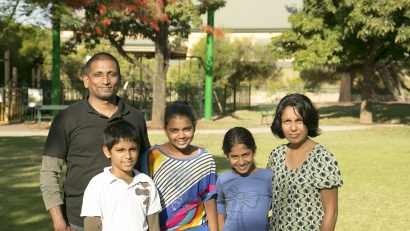 Seeing opportunity through adversity has carried Irfan and Sobia, both pharmacists, throughout their lives, from their homeland in Pakistan to the Flinders Ranges region in South Australia.

As students in Pakistan, they realised that the political situation was not stable in their home country. Suicide bombings were becoming more frequent and extremist groups were taking control of the country. They migrated to Australia, so Irfan could study for his Masters degree. In the beginning, they had to overcome limited work opportunities and their own social and cultural practices to make the most of their individual strengths and skills.

Set backs continued, but they were able to finally achieve remarkable success in the rural towns in the Flinders Ranges, not just as pharmacist, but as valued members of their local community. 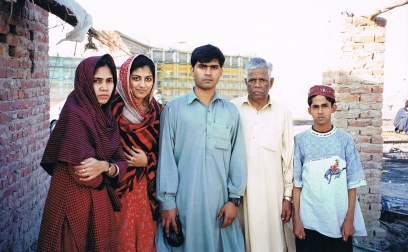 The Yorke and Mid North Region

The region is renowned for its diversity and beauty ranging from superb rural panoramas to rugged coastal locations and culturally unique townships and settlements. The region extends across approximately 35,000 square kilometres and currently has a population of 74,249 people, representing almost a quarter of the regional population of South Australia.