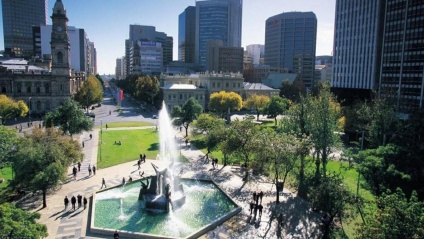 They work with the Department of Immigration and Border Protection to attract eligible skilled and business migrants to South Australia through state nominated visa programs.

These programs offer pathways to permanent residency for skilled migrants and business people who wish to settle in South Australia.

The entire state of South Australia, including Adelaide city centre, is defined as regional for migration purposes. This means that candidates can access all of the benefits associated with living in a regional centre (i.e. additional points towards the Skilled Migration Points test) while living and working in a city.

Benefits of state nomination in South Australia include:

For more information on State nomination in South Australia : here

If you are seeking specialised migration legal advice please send an e-mail: here

University College London, Australia is an integral part of University College London (UCL) – one of the foremost academic institutions in the world. UCL is a true academic powerhouse, currently ranked fourth in the QS World University Rankings 2013, with no fewer than 21 Nobel Prize winners within our community. UCL Australia is UCL's first overseas campus (offering post-graduate and executive education in the areas of minerals, energy and natural resources) and we are the first British university to establish a campus in Australia.