Seeing opportunity through adversity has carried Irfan and Sobia, both pharmacists, throughout their lives, from their homeland in Pakistan to the Flinders Ranges region in South Australia.
Watch this episode.

There are a range of healthcare services and diverse centres, from large technologically advanced tertiary hospitals in our metropolitan and regional cities, to community health centres servicing rural, remote and Aboriginal Torres Strait Island communities.
View this article.

Ira Savitri, from Indonesia, followed her passion for maths and her father’s  footsteps by completing a Degree in Industrial Engineering. She found work at PT PLN, the state owned electricity company, in the planning division in West Kalimantan.

When the government planned to deregulate the electricity supply market, she feared that local communities would be worse off, not be better off, and she realised that she had to deepen her knowledge and understanding of how this could be avoided.

She successfully applied to study at the University College London in Adelaide where through her research thesis, she could see that with the right government regulations and investment, it was possible to successfully deregulate the market in Indonesia in such a way as to encourage new investment and to deliver electricity to consumers at competitive and accessible prices.

Now that she has completed her Masters degree, she is looking forward to going home to work at PN PLT to put in practice the things that she has learnt. 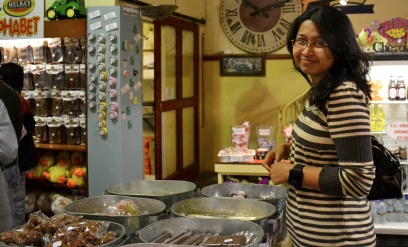 But not all went to plan!

And it was a good thing that they had lots of determination and inventive thinking to counteract many of the financial mishaps and hurdles they encountered along the way. Mishaps, such as buying airlines tickets with a credit card, that by the time of their departure was out of date and had been discarded, but which they were required to present at the airport!

Hurdles, such as being caught in a Catch 22 whirlwind of not having enough cash in Australia as they were awaiting the sale of their house in the UK, and not having referees for renting a house in Australia because they had owned their house in the UK!Their resilience won out and the family settled in Ipswich, a regional town in Queensland, finding rewarding work in the local hospital and scoring wonderful achievements in the sporting field, not possible back in the UK. 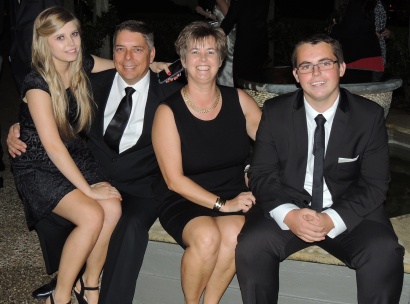 Adelaide is home to six world-class universities, offers its population an extensive choice of public and private schooling options and also has an established network of pre-school and child care facilities.