Lift your soul in South Australia’s timeless Flinders Ranges and outback, home to Wilpena Pound and the underground opal town of Coober Pedy. Star gaze, see rare native wildlife, and uncover Aboriginal and pastoral history. For an adventure, drive the South Australian Loop from Adelaide, hike the Heysen trail or 4WD to the Simpson Desert and mostly arid Lake Eyre.
View this article.

Australia’s General Skilled Migration Program is intended to attract highly skilled people less than 50 years of age to migrate to Australia who can quickly begin to contribute to the Australian economy.
View this article.

The Far North region of South Australia extends across nearly 800,000 square kilometres, which is approximately 80% of South Australia’s land mass, and has a population of just over 28,000 people. Major towns in the region include Port Augusta, Roxby Downs, Coober Pedy and Quorn.

Port Augusta is on the South Australian coast at the top of Spencer Gulf and lies on the boundary of the Outback and the Flinders Ranges. It is a major regional centre with a population of approximately 14,000 people. The region’s facilities include 53 schools, 3 Colleges of Technical and Further Education and a campus of the University of Adelaide. There are also 6 hospitals, 9 health service sites and 3 health centres. In addition, Port Augusta is the main base for the Royal Flying Doctor Service, which operates 24/7 to provide medical services to people in remote and rural Australia.

The Far North Region is one of South Australia’s richest mining areas with 11 approved mines and a further 14 developing mineral resource projects located in this region. Roxby Downs, with a population of approximately 5,000 people, is a major mining town closely associated with the Olympic Dam project. Most residents are either directly employed by the mine or provide services to the mining industry.

Coober Pedy, one of Australia’s most multi-cultural communities, is located 540 kilometres north of Port Augusta. With around 70% of the world’s total known deposits of opal, Coober Pedy is often referred to as the opal capital of the world. Quorn, with a population of approximately 1,700, is situated in the heart of the Flinders Ranges. Quorn is tourist hub for this area and provides tourism services to the ever increasing number of tourists who visit this ruggedly beautiful part of South Australia.

The major areas of employment in this region include;

For more information on the Far North region, including employment opportunities visit: here 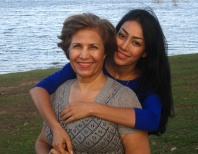