The State of South Australia covers approximately 984,000 square kilometres and has a population of just over 1.66 million people. Regions in the State are quite distinct and range from the cooler and more temperate grazing country found in the south-east to the hot, arid landscapes of the far north.

The State’s coastline, which forms the southern border of South Australia, is extensive and, in some regions, extremely rugged. Uniquely, the central location of the State on the Australian continent means South Australia has borders with every other Australian State.

South Australia enjoys a Mediterranean climate with temperatures ranging from an average of 29 degrees Celsius in January to an average of 15 degrees Celsius in July. Its community is culturally diverse as reflected in the rich lifestyle enjoyed by the majority of its population. Community Well-being and Sustainability are two goals common to all South Australian communities.

The South Australian economy is highly developed and diverse. Major industry sectors include;

There has been a strong emphasis on ensuring the South Australian workforce is highly skilled and that the contribution of its people is valued. In recent years, there has a move towards positioning the State’s economy in order to take advantage of the opportunities presented by its close proximity to the rapidly developing economies of China and India. The State’s skill base will be fundamental to ensuring that this objective is realised.

South Australia is well positioned to take full advantage of its clean environment and extensive natural resource base. The growth of large-scale food production and the continued development of the State’s world-class wine industry are indicative of the future possibilities that exist in the State.

South Australia has the lowest living costs and the most affordable housing of any mainland Australian state. Average Weekly Earnings for adults in May 2013 stood at approximately $1285 while the median price of housing in Adelaide is around $380,000, well below the median price of housing in other mainland states and the average of $395,000 for all capital cities.  Rental accommodation is also significantly less expensive.

South Australia also offers a culturally diverse and comfortable lifestyle in a safe and healthy environment. Access to excellent health care facilities and to renowned education and research institutions complete what is best described as an excellent place to live and work.

Adelaide is home to three world-class universities, offers its population an extensive choice of public and private schooling options and also has an established network of pre-school and child care facilities.

Regional cities include Mt Gambier in the State’s south east, Murray Bridge in the Murraylands, Renmark, Loxton and Berri in the Riverland, Port Pirie, Port Augusta and Whyalla in the north and Ceduna in the far west. Additionally, there are a number of regional centres including Roxby Downs, Coober Pedy, and Quorn. Many regional centres have available a wide range of education and health care facilities to meet the needs of the State’s regional population. 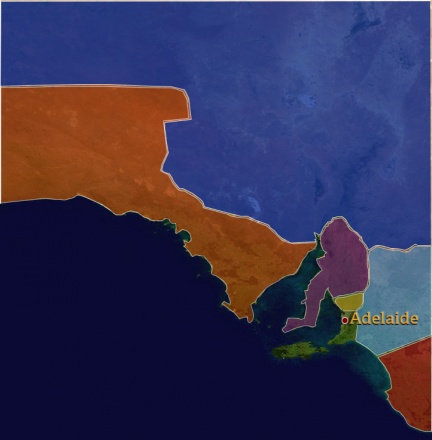 The Whyalla and Eyre Peninsula region is a diverse area that is home to approximately 60,000 people. It covers around 233,000 square kilometres, an area equal to 24% of the State of South Australia. The region extends from Spencer Gulf in the east across the Great Australian Bight to the border with Western Australia.

Cities in the region include Whyalla, a major centre for heavy industry and Port Lincoln, an iconic fishing and tourism centre.b The region’s economy is diverse with agriculture, manufacturing, fishing, aquaculture and tourism the pre-dominant areas of economic activity. The mining sector and renewable energy are growth sectors that add to this activity base.

Facilities in the region include 38 government schools and 24 pre-schools, the State’s largest regional university campus operated by the University of South Australia and 3 major Technical and Further Education campuses at Whyalla, Port Lincoln and Ceduna with smaller facilities at Wudinna, Cleve and Kimba.