Working in rural Queensland can offer many benefits including the knowledge that you are really making a difference. Better health isn’t just about seeing a doctor or health professional when you have a health need. Access to healthcare is fundamental to every community’s feeling of self-worth. It’s about stable communities, and knowing that help is there when, where and how it is needed. Knowing that you are part of the healthcare solution provides excellent job satisfaction.
View this article. 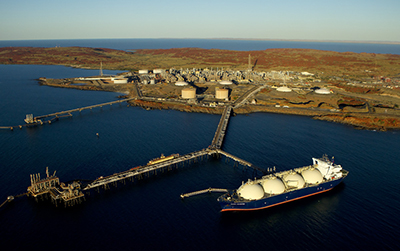 The state is resource rich and has benefitted substantially from the recent growth in world demand for iron ore and coal. Currently, Western Australia supplies more than 45% of all Australian exports.

Extensive natural gas reserves ensure Western Australia will be an important source of energy well into the next century. The State supplies liquefied natural gas (LNG) to Japan, and is developing markets in Taiwan and Korea.

With more than 270 operating mines, Western Australia is a leading supplier of many commodities including alumina, diamonds, iron ore and mineral sands, – monazite; ilmenite; rutile/synruite and zircon.

The State also produces 70 per cent of Australia’s gold and significant exports of salt, nickel, tantalum and numerous other metals.

New projects established in recent years include a silicon smelter, titanium dioxide plants and a fused alumina plant. The State is poised to supply an important share of the world market for new materials such as rare earth chemicals, fused alumina, zirconium compounds and specialty alloys.

Wheat, wool, beef and lamb are its main products. Tropical and temperate horticultural products and stockfeed are also important.

Farmers and investors are identifying new specialised markets in Asia and taking advantage of seasonal differences with the northern hemisphere.

A diverse and efficient agriculture sector provides the raw material for a rapidly growing range of processed exports. These include wine, ice cream, barley malt, noodles and fine leather.

A well-managed forestry industry produces hardwood and softwood timbers and woodchips from natural forests and plantations. Sufficient sustainable resources have been identified to support a paper pulp mill.

Average Weekly Earnings (AWE) in Western Australia currently stand at around $1645 per annum, the second highest in Australia. The rate of increase in house prices in Perth and, in WA in general, has slowed in recent months which has increased housing affordability in Western Australia. This change has followed the sustained decrease in the cost of housing finance and the slow down in mining following a cooling of the resources boom.

Despite this slow down, the Western Australian economy is expected to continue to out perform most regional economies in the developed world. It is robust, has excellent infrastructure and is primed for future growth.

The region has a population of just under 40,000 people. The main sources of economic activity in the region are mining, transport, postal, warehousing and construction.

The unemployment rate in the Kimberly Region is generally higher than Western Australia as a whole.

The Pilbara Region is the powerhouse of the Western Australian economy. Rich in natural resources and, in particular, with massive deposits of iron ore, the Pilbara benefited greatly from the resources boom. In addition, the Pilbara has thriving construction, agriculture, livestock, manufacturing, fishing and retail sectors.

The Gascoyne Region has more than 600 kilometres of Indian Ocean coast. Inland, the region extends through the desert east to the Aboriginal community of Burringurrah. The main industries within the Gascoyne are tourism to the Ningaloo Reef, Cape Range National Park and the natural beauty of Shark Bay World Heritage area. Fishing, retail, mining, horticulture and agriculture are also major industries for the Gascoyne.

The Mid West Region covers approximately one-fifth of Western Australia (468,712 square kilometres). The Mid West region extends along the coast of the Indian Ocean from Kalbarri in the north down to Green Head in the South. Heading east for 800 kilometres, the Mid West region enters mineral rich hinterland, bordering the Pilbarra and Goldfields-Esperance regions. The region supports a number of activities and land uses ranging from fishing along the coast to mining and agriculture in the east. Significant employment and population growth is expected for the Mid West region over the coming years.

The Peel Region is the third largest mineral region (in terms of value) in Western Australia.  Alumina production is the largest industry of the Peel region, Mining and mineral processing are also significant. The Peel region is a growing area for residential developments and has a mixed lifestyle of coastal marine with inland waterways along with rural forested areas.

The scale of manufacturing in the South West Region is second only to the Perth metropolitan area. Mining of coal, mineral sands and alumina are the main drivers for the economy along with tourism and fishing. The region’s breathtaking coastline features some of the State’s best surfing beaches. Other attractions include towering forests and long established wine regions and national parks. The South West region is the most popular tourist destination outside of Perth.  Lifestyle and employment opportunities in the South West region are abundant, making it a popular place to live and work.

The Great Southern Region is located in the far south of Western Australia with the City of Albany being the major regional centre. This is the second largest agricultural region in Western Australia, producing cereal crops such as wheat, barley and oats. The region is also known for its production of premium wines that are shipped interstate and exported throughout the world. Tourism remains popular in the region with the town of Denmark and the city of Albany major centres of interest.

The largest region in Western Australia, the Goldfields-Esperance Region is located in the far south-east corner of the state. Mining of gold and nickel is the major industry in the region with agriculture also prominent. The climate in the region varies from the cooler southern coastal areas to the drier arid conditions of the central region that include the Great Victorian Desert and, further north, the Gibson Desert. The historic town of Kalgoorlie based in the west of the region and Esperance based in the south are the most populated centres.

The Wheat-belt Region is the main agricultural region in Western Australia, producing almost half of the value of agricultural crops for the State. Crops such as wheat, barley, oats, hay and canola oil are all produced. The coastal area is an important centre for the state’s fishing industry and processes rock lobster for domestic consumption and export.

The Regional Sponsored Migration Scheme (RSMS) is for employers in regional and remote Australia to fill skilled positions they are unable to fill from the local labour market on a permanent basis.

Applicants must be under 50 years of age and have sound English language skills. Certain occupations will require a satisfactory skills assessment and an enhanced minimum English language capability.