Griffith University has grown to become one of the most innovative universities in Australia. Currently undergoing an exciting period of development, Griffith offers an extensive range of new degrees that address some of the most important issues affecting the world today. The university’s $320 million facility upgrade has already seen the completion of the new Griffith Health Centre (and co-located Gold Coast University Hospital), Sir Samuel Griffith Centre (Australia's first zero-emission, self-powering teaching facility) and an expanded and renovated Gold Coast campus library. Griffith’s new Business Building (featuring a state-of-the-art trading centre) is also well underway and due to be completed in mid 2014.
View this article. 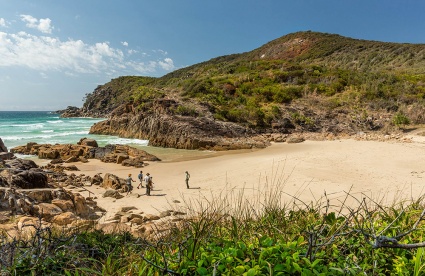 Since the early to mid 1970’s, New South Wales has experienced a period of rapid economic change. Many of the more traditional industries such as ship building and steel production have largely ceased to exist while agriculture has declined as an important area of economic activity.

The services sector, and particularly financial services, plus new areas of economic activity such as the information industries have developed rapidly and largely replaced to more traditional drivers of economic growth.

In 2011-12, 33% of national household spending occurred in the State, totalling $264.1 billion. Additionally, per capita GSP exceeded $62,000 and was the second highest of all states in 2011-12. With a population of over 7 million people, and a large and growing domestic market, the New South Wales economy is well placed to continue to develop and expand.

The New South Wales’ economy is closely linked to international markets. In 2011-12, the State's exports of goods and services were valued at $65 billion, representing almost 21% of total national exports. Exports of goods and services grew by 5% in real terms in 2011-12, driven mainly by stronger coal sales. Services exports accounted for around a third of New South Wales exports, compared with 16% for Australia overall, reflecting the diversification and advanced nature of the State's export base, which is less reliant on resources than some other states.

More than $52 billion worth of private business investment was recorded in the State in 2011-12. This represented real growth of 5.0% over 2010-11, despite the ongoing effects of the global financial crisis and continued global economic instability. New South Wales has recorded real average increases of 7.1% per annum in business investment in the 10 years to 2011-12.

New South Wales boasts the largest number and concentration of knowledge workers of all States, including managers, professionals and technicians, who support the State's dominant services sector. Sydney also has the highest concentration of managers and professionals of any capital city in Australia, reflecting its position as Australia's leading business and finance centre.

Skilled migrants make an important contribution to the economy. Skilled migrants bring a variety of individual abilities and experiences to their new home, and are an invaluable resource in terms of their knowledge of business practices, protocols, networks and cultures in overseas markets.

The skilled stream of Australia's migration program targets people who are highly skilled or have an outstanding talent, and who will quickly make a contribution to the economy. In 2010-11, over 40,500 people, or 32% of permanent settlers, entered Australia under the skilled stream. Of these skilled migrants, around 29% stated an intention to settle in New South Wales.

Major industry sectors by employment include;

Average Weekly Earnings (AWE) in New South Wales stood at around $1410.00 in May 2013 and while Sydney remains Australia’s most expensive housing market, median price of housing record low interest rates have improved housing affordability in recent years. Additionally, regional NSW house prices are significantly lower than in Sydney making regional areas a very attractive proposition for would be home owners.

Newcastle, with a population of over 300,000, is the second largest city in New South Wales. The city is located on the NSW coast approximately 160 kilometres north of Sydney at the mouth of the Hunter River. Newcastle enjoys a warm sub tropical/maritime climate with mild winters and warm to hot summers.

Newcastle is the world’s largest coal exporting harbour with in excess of 100 million tonnes of coal leaving the port each year, a reflection of the extensive coal deposits to be found in the Hunter Valley.

Newcastle was once famous for its heavy industry including BHP’s steel works and ship building facilities, However, since the decline of these major industries, Newcastle has re-invented itself and is now well known for its enviable lifestyle including ready access to magnificent surf beaches, diverse dining experiences, vibrant night-life and thriving arts sector. This reputation was further enhanced when Newcastle was ranked in Lonely Planet's top 10 cities for 2011.

Wollongong is another major city in New South Wales. Located on a narrow coastal plain between the Pacific coast and the Illawarra escarpment, Wollongong is around 80 kilometres to the south of Sydney.

Wollongong  is well known for its heavy industry, busy port and the beauty of its location. The city is the regional hub for the south coast fishing industry and also for the coal mining activity in this area. Additionally, Wollongong University with more than 20,000 students adds an additional dimension to life in the city.

Wollongong enjoys a relatively mild climate with warm to hot summers and warm winters. The coast in this area is noted for its beauty and the city’s climate makes it easy to enjoy the benefits of life on the Pacific coast.

New South Wales has a number of major cities/regional centres in addition to Newcastle and Wollongong. Ballina, Grafton, Lismore and Tweed Heads in the Northern Rivers region, Coffs Harbour Port Macquarie and Taree in Mid North Coast region and Griffith, Hay and Wagga Wagga in the Riverina provide just a few examples of regional centres of this kind. 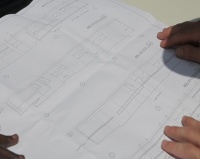 Regional Councils also provide excellent scope for accelerated career advancement with promotions often coming sooner than would be the case in larger Councils. Working in a rural area also provides the opportunity to become multi-skilled as employees are generally working within a smaller team.

Consequently,employees become familiar with the wider operation of the Council and become aware of opportunities that they might not have encountered before. The work in regional Councils is often quite autonomous, and, as such, offers flexibility and the opportunity to demonstrate initiative. Most importantly, working in regional Councils offers excellent work-life balance !